Here I am again with a new book. This time, I chose for you the Paulo coehlo's best seller; "The Alchemist". I start, as usual with the author biography, then I'll move to the book summary and review. 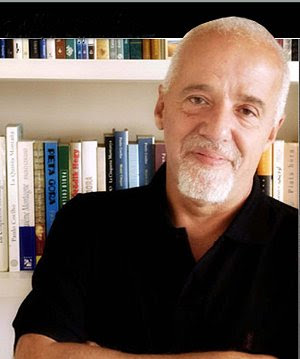 Paulo Coelho is a Brazilian lyricist and novelist.

Paulo Coelho was born in August 24, 1947 in Rio de Janeiro, Brazil. When he was child, he attended a Jesuit school.

As a teenager, Coelho’s dream was to become a writer but his family wanted him to be an engineer and to make him change his mind, they committed him to a mental institution.

After being released at the age of 20, Coelho enrolled in law school and abandoned his dream of becoming a writer, but one year later, he dropped out and became a hippie. He then started travelling around the world and became immersed in the drug culture of the 1960s.

Upon his return to Brazil, he worked as a songwriter. In 1974, Coelho was arrested for "subversive" activities by the ruling military government, who viewed his lyrics as left-wing and dangerous.

Coelho also worked as an actor, journalist, and theatre director before pursuing his writing career.

Coelho is married to Christina Oiticica and split his time between Europe and Rio de Janeiro, Brazil. He is a Roman Catholic and he attends Mass regularly.

In 1996, Coelho founded the Paulo Coelho Institute, which provides aid to children and elderly people with financial problems.

Bibliography
In total, Paulo Coehlo has published 30 books, the most famous are: