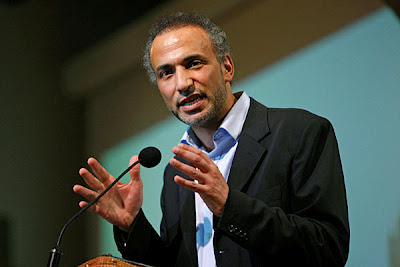 3 comments
Email ThisBlogThis!Share to TwitterShare to FacebookShare to Pinterest 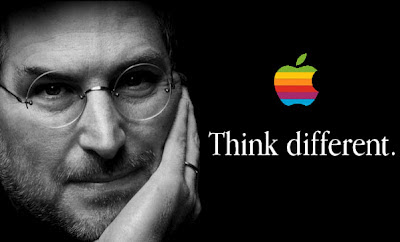 2 comments
Email ThisBlogThis!Share to TwitterShare to FacebookShare to Pinterest

Detective stories, are they a waste of time?

As you can see in “My favourite books” section of this blog, the first book in the list is “And then there were none”, it’s a detective story and one of the best sellers of Agatha Christie. I thought first to write a review for this novel, but I decided not to do because what matters in this kind of novels is suspense, so a review wouldn’t be interesting for you, because if you decide to read the novel, it will be like watching a movie for the second time! Maybe a short summary later will be enough just to give you an idea about the book.
It’s true that many people believe that reading this kind of books isn’t really useful, and more than that, they consider it as a waste of time, but personally, I think it has many positive sides:

1. Developing our imagination
While reading a detective story, instead of waiting for the truth to be revealed at the end, the reader can take the place of the detective, start thinking like him and try to find out the guilty. It’s very funny and very useful because it makes our little grey cells work!!! 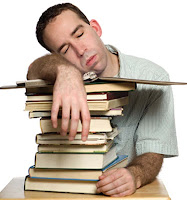 2. Changing the mood
When we are used to reading serious books such as politics, history, NLP and Economy books, we can feel at one point that we need to relax, so why not to read something light and enjoyable? It’s better than stopping reading, because at least it will help us keep up our pace.
In my opinion, a detective story is the best choice we can make, because it’s very easy to read and doesn’t require a big effort. Even when we try to play the detective role, it remains very amusing! 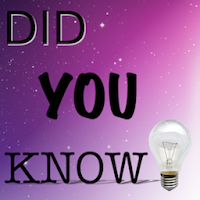 3. Picking up new information
Sir Conan Doyle, the writer of the famous “Sherlock Holmes” was a Physician. Agatha Christie worked as a nurse during the First World War, and married an archaeologist. Those writers used their life experience and their knowledge in their stories, so the details they gave in their cases are real, and we can learn a lot from them.

For example, those novels can contain medical information such us poisons effects and symptoms of different illnesses, or information about archaeology, such as customs and traditions of ancient cultures or some events related to historical monuments or artefacts.
Furthermore, in some of their stories, crime writers provide an overview of the political, economical and historical environment where their characters live, this information is also inspired from reality, so I think it's very interesting to know. 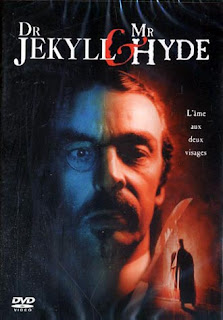 4. Discovering Human nature
The writers of detective stories give a big importance to the psychology of their characters. As we know all, the human nature is very complicated, and it’s very normal to find a villain and an innocent side inside each of us, but it’s the way we deal with them that determine our actions.
In those novels, we learn not to trust appearances and not to judge people until we live with them and know them more closely.
Another little detail I’ve learned from Hercule Poirot is that people tend to talk about their problems, their thoughts and their pasts with strangers because they have no interests in common, so they won’t judge them or criticize them or use this information against them one day. This is how Hercule Poirot solves his cases; he knows how to talk to people and make them trust him. 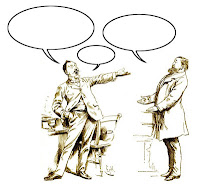 5. Learning Languages
Most of detective stories look like pieces of theatre, since they contain especially dialogue, and this dialogue is often written in familiar language.

So, for people who want to learn more practical English or French and acquire new expressions, it’s a good idea to read this kind of books.
In the end, I hope that I've succeded in changing your vision about detective stories, and I look forward to reading your interventions.
Have a good week end all!
Amal.
31 comments
Email ThisBlogThis!Share to TwitterShare to FacebookShare to Pinterest 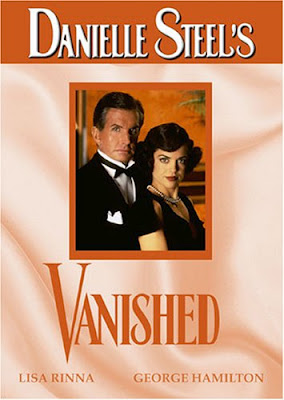 Number of pages, Edition house
375 pages, CORGI BOOKS.
Narrator
The author herself.
Characters
Principal characters:
Secondary characters:
Summary
The novel is about a young woman called Marielle, at the age of 18, she was living in Paris with her parents. She falls in love with a certain Charles Delaunay, an independent person who leads a free life and participates in wars to defend human principles, without her parent’s permission, they elope and get married.
One year later, she gives birth to a baby, “André”. During the family holidays, this latter dies by drowning. Charles can’t bear this situation and bits her wife until she loses her fetus. Instead of supporting her, he starts blaming her for the death of both children that she becomes mentally ill.
When she leaves the mental hospital, she goes back to New York and works as a secretary for her father’s friend. Malcolm Patterson was a rich man and much older than she was, he was also very kind and gentle with her that she accepts his proposal of marriage, but without telling him about her past. After their marriage, she discovers that the only wish of her husband is to have children, which his ex-wives couldn’t do. Two years later, she becomes pregnant, and gives birth to “Teddy”.
One day, Marielle and Charles meet accidentally in the Saint Patrick’s church at the anniversary of their children's death. The next day, when she is with her child in the zoo, she meets Charles again, and he becomes very angry at her when he knows that she has a child of another man, and then he starts threatening her.
In the next evening, the child is kidnapped from his own room without any trace. He just vanishes!
The investigations last more than 3 months without any result, the only suspected was Charles, especially after finding the child bear and pajamas in his house.
In the trial, the case takes another direction, instead of searching the child, Malcolm and the U.S. attorney start revealing Marielle’s past to convince the jury that she wasn’t a good Mom and that she was the mean reason of the child disappearance. But a journalist called Bea Ritter who believes in Charles innocence, the FBI inspector John Taylor who starts loving Marielle, and Tom Armour, the Charles’s Attorney achieve their investigations until they find the child in a boat sailing to Europe, they discover, later, that it’s his father Malcolm who arranged the whole story, in order to run away with his secretary and his son to Europe.
Marielle feels happy to have her son back, becomes free of her husband and decides to start a new life with her child and maybe another man, Tom Armour.
Principal ideas
1. Marielle has been married twice, and both experiences were unsuccessful :
2. Because of Marielle’s weakness and depression, she gives to her husbands the opportunity to manipulate her and to control her life and her feelings as they like.
Writing style
In the beginning, the author focuses on narration and description in order to draw a clear picture of her characters, and to make us live the story, and I think she succeeded in this.
Later, she started introducing dialogue, especially during the investigations and the trial; which helps the reader follow closely the story events. The novel becomes then like a piece of theatre, which I find enjoyable.
Points of agreement
1. The decision of marriage is not as simple as it seems, there are many conditions a couple should meet before making such a decision:
2. The experience that doesn’t kill us makes us stronger: Every experience in our lives should be considered as an opportunity to learn, to know the world more and to be stronger. Our weakness and depression let others take control of us, and use us to achieve their intentions at the expense of ours.
3. The description of characters was fantastic, the author painted their physical and emotional features with such a professionalism and ingenuity.
Points of disagreement
1. Marielle started having feelings for Taylor, the FBI inspector, when she was still married to Malcolm, and she expressed her feelings too. I think that nothing could justify that a woman betrays her husband even if he is bad, she’d better ask for divorce before thinking of another man, and as if that were not enough, this man was already married!
2.There is no real suspense in the novel because the reader can easily expect the end of the story; it’s disappointing especially if we know that the novel is considered as a thriller!
Evaluation
It’s true that the novel treats important social issues, but as a thriller, it contains no suspense, so I rate the book 2/5.

0 comments
Email ThisBlogThis!Share to TwitterShare to FacebookShare to Pinterest 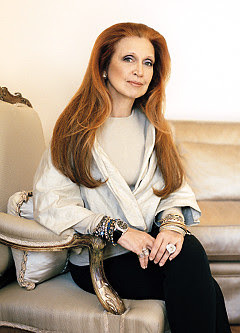 Danielle Steel
Danielle Fernandes Dominique Schuelein-Steel (born August 14, 1947), better known as Danielle Steel, is an American romantic novelist and author of mainstream dramas.
Steel has sold more than 800 million copies of her books (as of 2005) worldwide and is the fourth best selling writer of all time, and is currently the best-selling author alive. Her novels have been on the New York Times bestseller list for over 390 consecutive weeks and 22 have been adapted for television.
Early life
Steel was born in New York City, the only child of Norma da Câmara Stone dos Reis and John Schulein-Steel. Her father was a German Jewish immigrant, and her mother, born in Portugal, was the daughter of a diplomat.
Steel was raised Catholic and had wanted to be a nun during her early years. Her parents divorced when she was eight, and she was raised primarily in New York City and Europe by her father, rarely seeing her mother.
Steel started writing stories as a child, and by her late teens had begun writing poetry. A graduate of the “Lycée Française de New York”, class of 1963, she studied literature design and fashion design, first at “Parsons School of Design” in 1963 and then at “New York University” from 1963 to 1967.

0 comments
Email ThisBlogThis!Share to TwitterShare to FacebookShare to Pinterest

How to apply the KAIZEN approach to Reading?

Kaizen (改善) in Japanese is the fusion of two words, “Kai” and “Zen” which mean respectively “Change” and “Good”, the whole word means then "improvement" or "change for the better".

This approach focuses on little continuous improvements to reach a big goal, and it has been used in different fields such us manufacturing, engineering, management, healthcare, etc.
Kaizen is not a methodology, it’s a state of mind based on the following principles:
-         Do it better, make it best, improve it
-         Better than yesterday, less good than tomorrow
Thus, if you have a goal, you’d better break it down into small daily steps, this will help you be always in touch with your goal and not give it up. 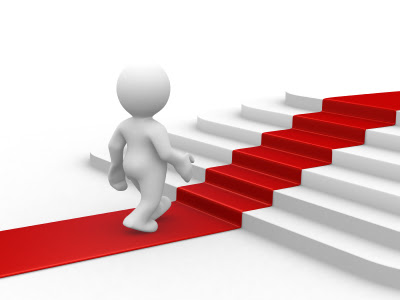 So, how can we use this approach in reading?
Let’s suppose that you want to acquire the habit of reading, in this case, you can use the Kaizen approach by starting reading for 10 minutes a day, which is very easy I guess, and then increase the reading time progressively.
Now, if you have already the habit of reading, but you think that you don’t read enough or you want to increase your reading speed, in this case, you can set an annual challenge by defining the number of books you want to read, and then divide this goal into monthly and daily goals. For example, to finish 12 books within a year, one book is required every month, and the number of pages per day can be defined depending on the book size.
I hope that you’ll find this tip useful and I look forward to reading your comments.
Amal.
16 comments
Email ThisBlogThis!Share to TwitterShare to FacebookShare to Pinterest
Newer Posts Older Posts Home
Subscribe to: Posts (Atom)