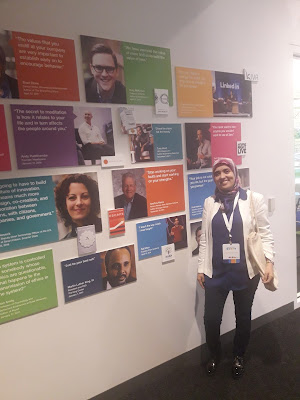 I have always been fascinated by social media.

As a computer science engineer, I have been most interested in how social media platforms work: the data management, the software stacks and the company’s culture. Furthermore, as a data science enthusiast, I have been curious to learn how these companies exploit all this big amount of stored data and for what purposes. However, social media isn’t just about technology. Social media is also about humans. All these posts, tweets and contents could tell us meaningful insights about people and communities. On Facebook, Instagram, LinkedIn, Twitter and YouTube people are sharing information and make connections more easily and quickly. On a personal level, social media allows people to learn new things, develop their interests, spread their culture and ideas, communicate with family and friends and even find the future spouse. On a professional level, social media is used to upgrade knowledge and build professional network by connecting with other professionals in a particular field. At the business level, social media allows companies to promote their products and services, find and keep customers and receive their feedback. It is amazing how this technology is impacting our life and changing our thinking and habits in many ways. Nowadays, social media is no longer a luxury. It's a necessity. 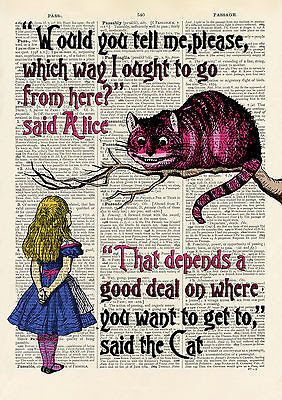 After being selected to participate in the Techwomen program, I received an email from Katyrn Zee, the current program director. The email provided a general timeline of important dates, information, and steps I must take to confirm my participation. Among other things, I had to complete an online Mentorship Matching Survey. The questions asked in this survey are used to match participants with the best professional mentors and with the most suitable host company for their profiles and expectations. The Mentorship Matching Survey was supposed to give me the opportunity to promote myself and communicate my professional preferences and objectives. In the same survey, I had to choose my favorite host company among a long list and justify my choice. LinkedIn and Twitter were on the list in the social media group. Obviously, I chose both of them.

A few months after submitting the survey, I received another mail from Katyrn Zee saying that I was matched with a team of professional mentors at Twitter San Francisco. At that moment, I couldn’t hold my emotions. I was thrilled to be hosted by this famous company for three weeks and very much looking forward to meet up with my future mentors.


Later, during the program, I was also lucky to attend a workshop at LinkedIn in Mountain View and a tour visit to Facebook headquarters in Menlo Park.

“In order to inspire people, that’s going to have to come from somewhere deep inside you”

LinkedIn is the most reputable online platform for professionals across the globe. Like millions of members, I am a Jeff Weiner’s follower, the current CEO of LinkedIn. Actually, I am a big fan of his posts, articles and his inspirational quotes about Leadership. He was voted one of Glassdoor’s Highest Rated CEOs by employees in 2019. In a letter to his staff, Jeff Weiner stated: « Every day I come into work, I’m primarily guided by two things: First, realizing our mission and vision. Second, I focus on every day is making our culture and values come to life”. I always have found LinkedIn’s vision very inspiring and ambitious: “To create economic opportunity for every member of the global workforce”! It creates an emotional attachment for employees and gives them a clear image of their future impact in the world. This is important for any organization or company to be successful and competitive. As a consequence, since 2008, LinkedIn has grown its membership from 33M to more than 600M, increased its revenue from $78M to over $7.5B and expanded the team from 338 employees to over 16,000.

On October 11th 2019, I attended a workshop at LinkedIn headquarters in Mountain View. You can imagine how excited I was. The main goals of the workshop were to learn how to use best practices to design sustainable initiatives and how to turn ideas into actions to further develop a social project. Unfortunately, meeting with the CEO wasn’t in the agenda! However, I had the opportunity to meet some incredible engineers and managers there. Furthermore, as we were in LinkedIn the famous platform of networking, the agenda contained also additional networking activities alongside our impact coaches. 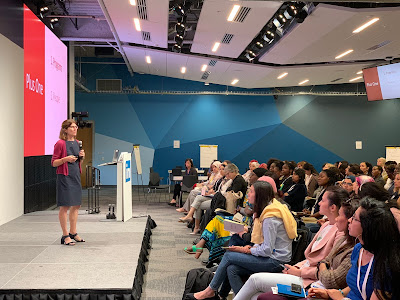 We began the day with the fun “Networking Bingo” game. Each participant had to answer to a number of questions using a specific grid. For example: “What is the first letter of your first name?” or “What is your professional background?” etc. Then, he should stand up and walk around the room. For each question, he had to identify an individual that has the same answer, write his name in the handout and then start a discussion with him. Each participant shouldn’t have the same person’s name more than one time. The game’s main goal is to understand the importance of being able to find common ground with people and using it to make connections with them in order to achieve professional and personal objectives.

I had the opportunity to discuss some interesting ideas about my volunteering activities, my career and my home country with some Techwomen ladies and LinkedIn engineers starting from a simple answer, for example 'R' the first letter of my first name. The game also reflects some challenges we face when we practice networking with new people who have different culture or background.

After the game, Meg Garlinghouse, the head of social impact at LinkedIn presented the “Plus One Pledge” concept to the participants. This pledge consists of committing to share time, experience, and connections network with at least one person who doesn’t have access to the same resources we do. According to LinkedIn, a member who grew up in an affluent zip code is three times as likely to have a strong network as one who grew up in a poor zip code; members who went to a top college are twice as likely to have a strong network as those who didn’t; and those who worked for a top company in their first job are twice as likely to have a strong network as those who didn’t. The message behind this concept is that anyone who has good connections can help to eliminate networking bias and bring more opportunities to people outside of his network. For me, it wasn’t a completely new practice because I personally used my relationships many times before to find internship opportunities for students or to provide help for people in need. What was new for me was to do it as a commitment through the LinkedIn platform which could be more impactful. This is one of many examples that prove that in a world where global inequality of opportunity is in increase, social media when used intelligently could be a good way to break barriers and close the network gap.


The Rabbit is now running. He says it is the National Columbus Day and he received an invitation in his Facebook account to a big tea party in a mysterious campus. Where do you think it could be? We should follow him to know.

Stay connected and be awake! 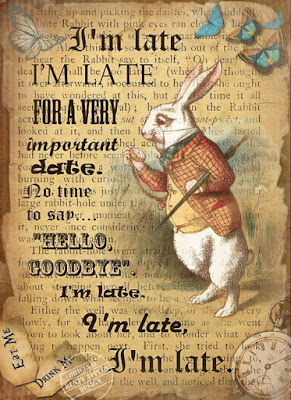